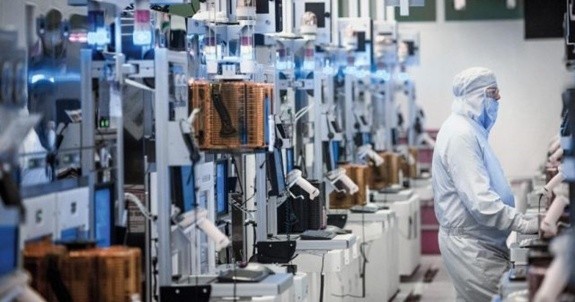 On Tuesday, SEMI released its latest quarterly world fab forecast report, predicting that global front-end fab equipment spending will increase by about 9% year-on-year this year to an all-time high of $99 billion. In addition, SEMI President and CEO Ajit Manocha said: "After reaching record levels in 2022, the equipment market is expected to maintain healthy growth next year, driven by new fabs and upgrade demand."

SEMI expects Taiwan to lead the year in fab equipment spending, up 47% year over year to $30 billion. At the same time, only 22 billion US dollars in mainland China, down 11.7% from last year's peak.

Second, South Korea slid 5.5% to $22.2 billion, but Europe/Middle East is expected to spend a record $6.6 billion – a 141% year-over-year increase, although the absolute spend is still lower than elsewhere.

SEMI spending, strong demand for advanced technologies such as high-performance computing (HPC), is driving a surge in spending in Europe/Middle East, while the Americas and Southeast Asia are also expected to receive record-high investment in 2023.

The last time such a year-over-year growth rate was seen was in 2010, when monthly production capacity of 200mm wafer equivalent exceeded 16 million wafers, about half of the estimated 29 million wafers in 2023.