Broadcom will acquire VMware, the transaction value may reach tens of billions of dollars? 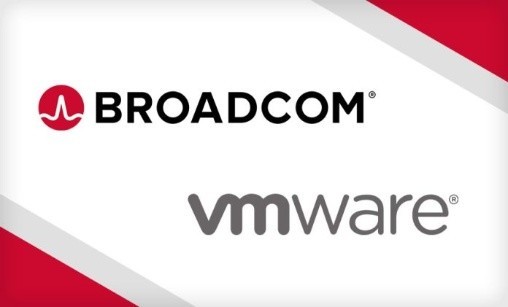 According to Bloomberg and other media reports, semiconductor giant Broadcom is negotiating acquisitions with virtual software giant VMware. If the acquisition of VMware is successful, Broadcom's business in the software field is expected to further diversify.

Bloomberg quoted people familiar with the matter as saying that Broadcom is in advanced talks to acquire VMware, and there is no guarantee that the merger will be reached; Reuters also learned from sources that talks between Broadcom and VMware are ongoing, but the transaction is not "imminent" , and the specific terms of the acquisition agreement are not yet clear. Representatives for VMware and Broadcom declined to comment.

In the context of the increase in corporate demand driven by the wave of digitalization and the surge in personal semiconductor demand driven by the epidemic of working from home, the chip industry has ushered in a "big carnival" in recent years, and the sales of chip manufacturers such as Broadcom have been booming. Wall Street has heard that Broadcom's fourth-quarter revenue exceeded expectations by 15%, and its profit and first-quarter revenue guidance were both higher than expected.

However, in the context of the high industry boom, Broadcom CEO Hock Tan warned that the boom era of the semiconductor industry was "unsustainable": "If someone tells you that the good times will continue, don't believe it, because in fact such Good days never come."

Founded in 1998, Broadcom’s “new prey,” VMware, is a California-based enterprise software company dedicated to capitalizing on the next wave of innovation and addressing the greatest challenges facing customers through disruptive technologies such as edge computing, artificial intelligence, and machine learning. serious challenge. It is worth mentioning that the famous virtual machine comes from VMware. If the acquisition of VMware is successful, Broadcom's business in the software field will undoubtedly further diversify.

As of the close of U.S. stocks last Friday, VMware’s market value was close to $40.3 billion, down nearly half from its peak in 2019 and nearly 20% lower than at the beginning of the year. The British "Financial Times" commented that if Broadcom wants to successfully eat VMware, the price to be paid will certainly exceed 43 billion US dollars, and may even exceed 50 billion US dollars.

It is worth mentioning that VMware is also the old owner of Intel's current CEO Pat Kissinger. In addition, the company's current chairman, Dell founder Michael Dell, owns 36% of the company's outstanding shares, which were worth about $15 billion as of Friday's close.