Foxconn will invest billions of dollars to build a chip factory in Malaysia, with a monthly output of 40,000 wafers 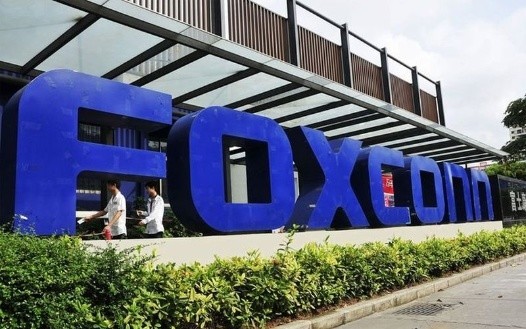 Foxconn is reportedly planning to build a chip manufacturing plant in Malaysia to meet surging demand for semiconductors for electric vehicles.

Today, Foxconn, through a subsidiary, signed a memorandum of understanding with Malaysian technology company Dagang NeXchange Berhad. The two parties intend to form a joint venture to build and operate a 12-inch chip factory in Malaysia.

The move represents another big step forward in Foxconn's expansion in semiconductors and a key step in advancing its electric vehicle ambitions. Foxconn owns about 5% of Dagang NeXchange Berhad and has a seat on the board. This also means that Foxconn indirectly controls chip maker Silterra's 8-inch chip factory in Malaysia. Silterra is a subsidiary of Dagang NeXchange Berhad.

Malaysia's signing of the memorandum follows Foxconn's announcement in February that it would build a chip factory in India with Indian natural resources group Vedanta. Last year, Foxconn also acquired a chip factory in Hsinchu, Taiwan, to develop silicon carbide chips for automobiles.

The planned Malaysian facility is expected to produce 40,000 wafers per month, including on 28nm and 40nm processes, which are also the most widely used chip production for microcontrollers, sensors, driver ICs and connectivity-related chips including Wifi and Bluetooth technology. Currently, major chip makers such as TSMC, UMC and SMIC are expanding their production capacity for 28nm chips.

The exact location of the Malaysian factory and the size of the investment have not been announced. But chip industry executives expect capital expenditures on the project could be $3 billion to $5 billion, depending on the planned capacity and the technology involved.