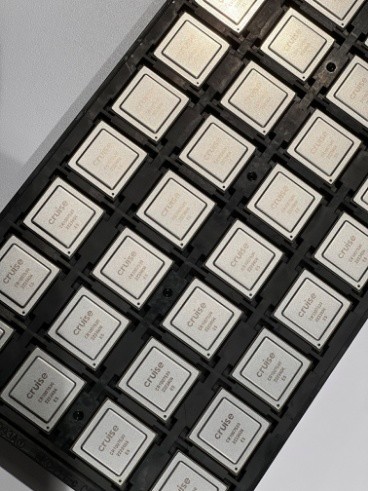 According to reports, Cruise, the autonomous driving unit of General Motors, has begun to develop its own chips for self-driving cars, which are expected to be deployed in 2025.

On Tuesday local time, the company's executives said the goal is to drive down vehicle costs and increase production scale. Cruise is now replicating Tesla's path, gradually ditching Nvidia's chips in favor of making its own custom chips to power its vehicles.

"Two years ago, we paid a lot of money to a well-known CPU supplier," said Carl Jenkins, Cruise's head of hardware. Obviously, he was referring to the graphics processing unit, the leading supplier of GPUs. Nvidia. "Because our demand is so small, we don't have the ability to negotiate prices with each other," he said while leading the media on a tour of Cruise's R&D center in San Francisco. "It's impossible for us to negotiate prices. So, we decided that we need to control our own. destiny."

Cruise executives this week revealed details for the first time about its custom chips that will power its Origin self-driving vehicles, which have no human-driver controls such as pedals or steering wheels.

Jenkins said in-house chip development would require significant investments, but scaling up vehicle production would help make up for those investments. He declined to disclose how much the company invested in the project.

Cruise CEO Kyle Vogt has previously said the custom chips will help Origin dramatically reduce costs by 2025, adding that it will be possible for individuals to buy self-driving cars from then on. Earlier this year, GM CEO Mary Barra said earlier this year that they would develop a "personal self-driving car" by the middle of this decade.

As of now, Cruise has developed four in-house chips, including a computing chip called Horta that will act as the vehicle's main brain, Dune, which processes data from sensors, a chip for radar, and one that will Announced at a later date.

The sensors and computing chips will also reduce power consumption, helping to increase the range of these electric vehicles.

Automakers are increasingly trying to design chips and systems in-house to have greater control over product development and supply chains, said Gaurav Gupta, a chip analyst at Gartner. "But it's not going to be easy, so it's a tough question to answer whether they'll be successful," he said.

Cruise's head of chips, Ann Gui, revealed that the Horta chip is an ARM-based processor, as it was already available when development of the chip began two years ago. "But we're also paying close attention to RISC-V because they're open source and have a lot of benefits," she said. ARM and RISC-V are competing instruction set architectures that are the foundation on which chips are built, defining what kind of Software can run on the chip. She also revealed that the company is working with an Asian chipmaker to mass-produce its custom chips, though she did not name the chipmaker.