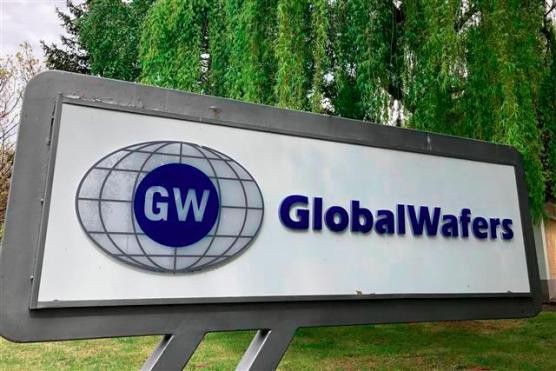 Following the announcement of the construction of a 12-inch semiconductor wafer factory in Italy in March this year, GlobalWafers announced yesterday that it will build a new 12-inch semiconductor wafer factory in Sherman, Texas, with an estimated investment of US$5 billion. , will create 1,000 jobs, and production capacity will be opened in 2025.

GlobalWafers pointed out that since almost all of the advanced 12-inch semiconductor wafer production bases are currently located in Asia, the US semiconductor industry is highly dependent on imported semiconductor wafers. With international manufacturers such as TSMC, GlobalFoundries, Intel, Samsung, Texas Instruments, etc. announcing the expansion of production in the United States, the US demand for upstream materials, semiconductor silicon wafers, will also grow significantly.

GlobalWafers pointed out that the establishment of the U.S. factory is part of the NT$100 billion expansion plan announced by GlobalWafers on February 6 this year. It will also be the first 12-inch new semiconductor wafer factory in the United States in more than 20 years. The location of the new factory— — Sherman, Texas, U.S. is home to U.S. subsidiary GlobiTech, with capacity expected to come out in 2025, which will fill a critical gap in the semiconductor supply chain.

Global Crystal said that the new plant will be constructed in stages according to the number of long-term contract requirements of customers, and equipment will be stationed in succession. After all projects are completed, the complete plant area will reach 3.2 million square feet, with a maximum production capacity of 1.2 million pieces per month.

GlobalWafers pointed out that compared with other factories of the same nature, this 12-inch fab will not only be the largest in the United States, but also one of the largest in the world. In addition, due to the vast land, there is still ample room to support further growth after the completion of the new plant.

Xu Xiulan, chairman and CEO of GlobalWafers, said that as global chip shortages and geopolitical worries persist, GlobalWafers takes this opportunity to build an advanced, innovative 12-inch semiconductor wafer factory to increase the resilience of the semiconductor supply chain. Both GlobalWafers and clients will benefit from a significant reduction in carbon footprint in the current global ESG wave by producing locally and supplying nearby.

U.S. Commerce Secretary Gina Raimondo said in a statement that GlobalWafers' investment is critical to the rebuilding of the U.S. domestic semiconductor supply chain.

"Today's announcement by GlobalWafers is critical to rebuilding the U.S. domestic semiconductor supply chain, strengthening the U.S. economy and national security, and creating U.S. manufacturing jobs," said Raimondo. "The Biden administration has worked tirelessly to make the U.S. a leader in manufacturing semiconductors and its It is an attractive location for module players and is very excited that GlobalWafers has chosen Texas as their new location.”

"The U.S. is in a make-or-break moment for expanding domestic semiconductor production," Raimondo noted. "Semiconductor companies need to make investment decisions by the fall to meet the massive growth in demand for chips. GlobalWafers' choice of the U.S. represents their belief that Congress will be in the future. Pass a bipartisan innovation bill in weeks."

She also said: "The swift passage of this bill will show the United States' commitment to strong domestic semiconductor capacity and provide many companies in the overall supply chain with the confidence they need to invest here."