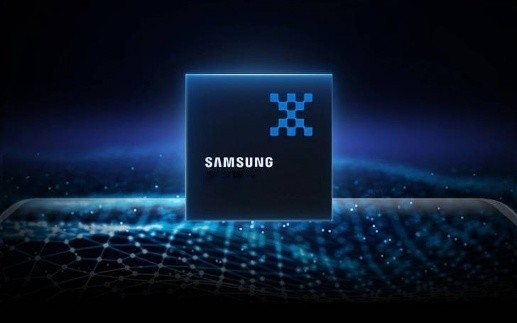 According to an anonymous industry source quoted by Korea Economic Daily, Samsung is building a new processor chip for its 5G flagship mobile phone. The industry has judged that Samsung will use its own advanced 5G flagship chips to train its own advanced process wafer foundry, and thus maintain the capacity utilization rate of the fab to catch up with TSMC.

Samsung has previously announced that its 3nm process using the gate-around technology (GAA) architecture will enter production in the first half of this year, ahead of TSMC. However, the industry generally believes that Samsung's 3nm is still inferior to TSMC's 5nm family process in terms of transistor density and energy efficiency. Moreover, according to previous reports, the current yield rate of Samsung's 3nm GAA process is just 10%~20%, and the yield rate of 4nm process is only 35%. Therefore, it is not easy for Samsung to catch up with TSMC.

Samsung currently has its flagship mobile phone chip "Exynos" produced by the Group's Semiconductor Business and Device Solutions Division (DS Division). In addition, it also partially purchases Qualcomm and MediaTek mobile phone chips, but for flagship models, it uses its own chips and purchases. Qualcomm chips run both in parallel. The source said that once the new flagship mobile application processor is launched, Samsung plans to only use the current Exynos chip series in low-end and mid-range smartphones.

Industry insiders analyzed that Samsung, as the global leader in smartphones, has a huge sales volume of mobile phones that has become the best outlet for its self-developed chips. In particular, flagship chips must be produced with the most advanced manufacturing processes. Samsung intends to create new dedicated chips for flagship models. It will be able to train troops for advanced processes, improve yield and process technology, closely follow TSMC, and at the same time, it will also allow fabs to maintain high capacity utilization.

On the other hand, some analysts believe that Samsung's development of new mobile phone chips is one of the actions to surpass Apple by building its own technology ecosystem.

According to the data of Counterpoint Research, a research institute, although Samsung's market share in the high-end smartphone market reached 18.9% last year, higher than Apple's 17.2%, Xiaomi's 13.5%, OPPO's 11.4% and vivo's 9.6%, but in terms of sales , Apple's smartphone market sales of $ 196 billion, far higher than Samsung's $ 72 billion.

Apple has been developing A-series self-developed chips since 2011 for use in iPhones and other consumer products. By creating a closed ecosystem covering software and hardware, Apple allows consumers to use their own products with a single ID identification. Seamless connection. "Without an ecosystem like Apple's, it's only a matter of time before Samsung lags behind mainland brands," said a South Korean industry source.