SEMI: Silicon wafer market will boom all the way to 2024 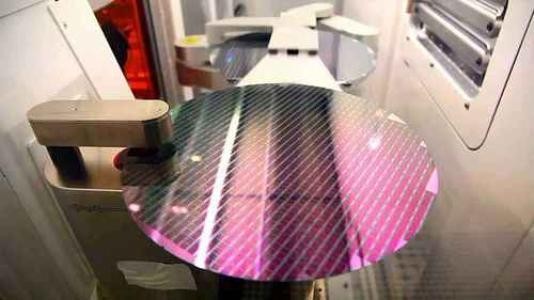 Not only SEMI strong endorsement for the semiconductor silicon wafer market, silicon wafer-related manufacturers are also optimistic about the industry's future market. The world's third-largest, Taiwan's largest semiconductor silicon wafer fabs will believe that the wafer foundry capacity is tight, with the wafer foundry has started to expand production and build new plant plans, will promote the demand for silicon wafers continue to rise. At the same time, the foundry to grasp the stable supply of silicon wafers, but also have to find the global wafer long-term contracts. At present, the size of long term orders received by Global Wafer has reached 100 billion NTD, reaching a record high, and the trend of long term quotations is also on the rise.

Benefiting from strong customer demand, Universal Wafer's Q3 consolidated revenue surged to NT$15.364 billion (RMB 3.529 billion), the strongest Q3 ever; the first three quarters consolidated revenue was NT$45.378 billion (RMB 10.422 billion), the best for the same period. Global Wafer expects that the overall semiconductor silicon wafer should be full of health in the next few years, and the most tight supply and demand at this stage is 12-inch epitaxial wafer.

Tyson Technology is cautiously optimistic about the future market. Tyson Technology's parent company, the world's top two semiconductor wafer fabricator SUMCO, announced that it will spend about NTD 58 billion to build a new factory and expand production in Japan.

SUMCO has always been known for its caution in the industry in the past, but this major expansion is interpreted by the industry as the company seeing a very strong market demand and casting a positive vote for the development of the boom.

SEMI previously mentioned that global semiconductor manufacturers will start building 19 new high-capacity wafer fabs by the end of this year, and in 2022 to start construction of another 10 wafer fabs.

And in 2022, the global front-end fab semiconductor equipment investment will come to a new high level of nearly 100 billion U.S. dollars, these are the important driving force behind the demand for silicon wafers.