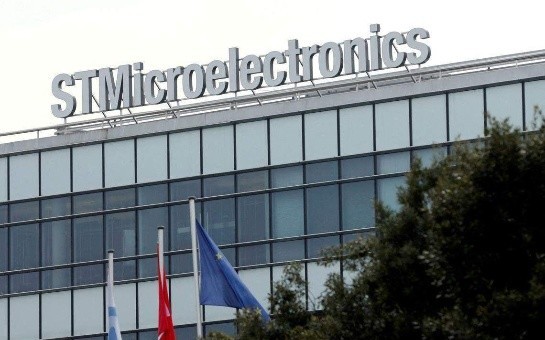 STMicroelectronics (ST), the world's leading semiconductor company serving multiple electronic applications, and SP Group, a major utility group in the Asia-Pacific region and Singapore's national grid operator, recently signed a cooperation agreement. STMicroelectronics has newly added a district cooling system (DCS) to the AMK TechnoPark technology park. The 20-year project, valued at $370 million, is scheduled to go live in 2025. By then, it will be the largest district cooling system for an industrial project in Singapore.

Under the agreement, Singapore Energy Group will design, build, own and operate a district cooling system to provide chilled water services to meet the cooling needs of ST's production workshops and office spaces. With a cooling capacity of up to 36,000 tons, the system can help STMicroelectronics save 20% of its cooling-related electricity consumption per year by improving the energy efficiency of the cooling system, reducing the company's AMK Technopark by up to 120,000 tons per year of carbon emissions, equivalent to taking 109,090 cars off the road. This decarbonization result is not only due to the improvement in system energy efficiency, but also due to the fact that 4,000 square meters of space occupied by the original cooling equipment will be released for reuse, which can be better facilitated by the installation of solar energy and perfluorinated compound (PFC) emission reduction equipment The realization of decarbonization.

Ms. Lau Yan Ling, Minister of State, Ministry of Trade and Industry and Ministry of Culture, Community and Youth of Singapore, attended the signing ceremony as a special guest. She said: “The private economy, along with the power of the public and the people, plays an important role in jointly advancing Singapore’s climate and sustainable development goals. By practicing sustainable development actions such as improving energy efficiency, businesses can provide their partners with an important role to play. It sends a strong signal to customers about the urgency of focusing on sustainability issues and the need for serious action. At the same time, companies can use sustainability as a competitive advantage.”

She further added: "I hope this initiative will inspire more innovative carbon reduction solutions in other industrial developments and inspire more companies to pursue opportunities in sustainability."

The cooling system will be the first district cooling system to be implemented by ST at its global production facilities. STMicroelectronics is committed to becoming carbon neutral globally by 2027. The adoption of district cooling at its largest (by volume) wafer fabrication facility is a key enabler in meeting the Minimum Energy Efficiency Standards (MEES) mandated by Singapore's National Environment Agency (NEA), as well as achieving ST sustainability key elements of the goal.

Rajita D'Souza, President of Human Resources and Corporate Social Responsibility at STMicroelectronics, said: "The cooling system at the Singapore plant will be the first district cooling system to be deployed by ST in a global production facility, and it will be our goal for ST's global implementation by 2027. A pledge to deliver a carbon neutrality goal. District cooling systems in our largest single wafer fabrication facility (by volume) will reduce carbon emissions by 120,000 tons, equivalent to STMicroelectronics 30% of the company’s total carbon emissions in Singapore in 2021. The deployment of the district cooling system will be a key enabler for the plant and the company to achieve its sustainability goals.”

Mr Wong Tien Yuan, President of Singapore Energy Group, said: “District cooling is a key sustainable energy solution that can support a low carbon future for cities, townships and industrial parks. To decarbonise Singapore’s industrial sector, we This solution has been tailored to support the development of energy-intensive manufacturing projects like STMicroelectronics AMK TechnoPark, reducing their energy consumption and carbon footprint based on their sustainability strategy. With our suite of solar We look forward to working with STMicroelectronics to help it achieve its net zero goal.”