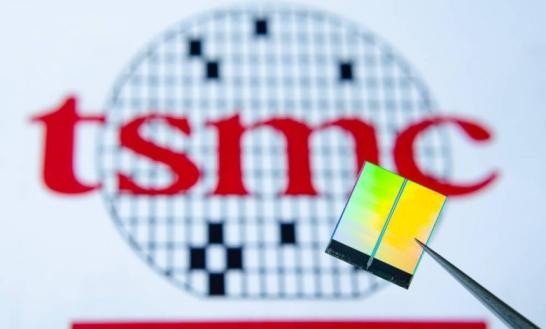 According to Taiwan media reports, thanks to the continuous growth of the foundry business, TSMC may catch up with Intel for the first time in revenue in the second quarter of this year, becoming the world's second largest semiconductor factory, second only to Samsung, and third The traditional peak season of the season further widens the gap with Intel, establishing its position as "sitting two and watching one" in the global semiconductor industry.

As the second quarter is coming to an end, based on TSMC's announced revenue data in April and May, TSMC will reach the target of $17.6 billion to $18.2 billion in US dollar-denominated revenue for the quarter, compared with Intel's expected financial forecast for this quarter. The revenue target is US$18 billion. If TSMC’s US dollar-denominated revenue in the second quarter falls below the average forecast of US$17.9 billion, even if Intel’s financial forecast has been successfully achieved, the gap between the two sides is only US$100 million.

With the recovery of the automotive supply chain, high-performance computing platforms and even the availability of new Apple devices, along with favorable factors such as exchange rates, TSMC's revenue this quarter has the opportunity to reach the high financial forecast and surpass Intel.

Therefore, the revenue performance in June is the key to who can win the top two. Overall, the opportunity for TSMC to overtake is not small, and it is expected to be the first time since the company's establishment in 1986 that its single-quarter revenue has surpassed Intel's.

However, TSMC has never commented on competitors.

According to industry analysis, TSMC's single-quarter revenue is expected to overtake Intel. The key lies in the diversified application of the customer base, and the customers are mostly concentrated in the North American market. While TSMC's production capacity is concentrated in Taiwan and has grown significantly, Intel encountered severe tests in the second quarter of the mainland's blockade control, supply chain scheduling, and terminal applications are concentrated in a single personal computer (PC) and server fields.

The data also shows that TSMC’s performance has grown steadily in recent years, while Intel has experienced ups and downs. If TSMC's revenue in the second quarter of this year successfully achieves its financial forecast, it will rewrite a new high for seven consecutive quarters. In contrast, Intel's quarterly revenue fell for two consecutive quarters in the first half of this year after hitting a record high of $20.5 billion in the fourth quarter of last year. As the performance of each company has gone up and down, it has also narrowed the gap with each other.

The industry pointed out that the key to the convergence of the revenue gap between TSMC and Intel in a single quarter is mainly due to changes in the industrial structure. More major brands have turned to design their own chips and found TSMC as a foundry. With the increase in the volume of chip designs, the behind-the-scenes hero TSMC is driven. The pace of revenue growth is greater than that of Intel.

Secondly, TSMC's customer base continues to expand. The company has used 291 different process technologies to produce 12,302 products for hundreds of customers. About 85% of the world's new product prototypes are realized in TSMC, and it continues to grow rapidly this year.

The industry believes that TSMC's annual production capacity of more than 13 million pieces is equivalent to 12-inch wafers, and its scale is the highest in the global wafer foundry industry. The risk of this year comes from the strong kinetic energy of high-speed computing and automotive applications, and it also reflects the expansion of wafer production from Intel's competitors Supermicro, Huida, and even more automotive semiconductor factories.