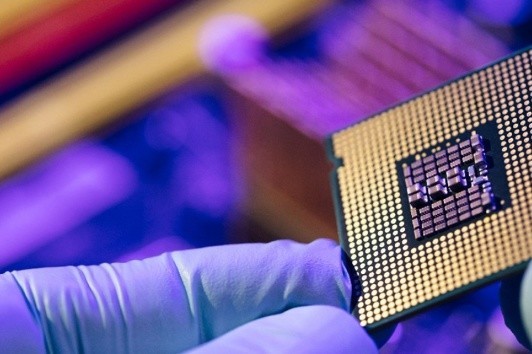 In March, an investigation by National Security Adviser Stephen Lovegrove at the behest of Prime Minister Boris Johnson concluded that there was insufficient reason to block the deal on specific security grounds given the company's outdated technology .

At the time, the British "Daily Mail" reported that Johnson told Tom Tugendhat, chairman of the House of Commons Foreign Affairs Committee that day, "I don't want anti-China sentiment to cause us to drive away every investment China has made in this country." , "that's economic recklessness."

However, on Wednesday, Kwasi Kwarteng, the UK minister for business, energy and industrial strategy, said that the acquisition will face the review of the new National Security and Investment Act (NSI), and if NWF is acquired by a Chinese company, it will have a significant impact on the UK's strategic industries. Negative Effects.

It is reported that the NSI Act, which took effect on January 4 this year, allows for stricter scrutiny of foreign acquisitions of companies in sensitive industries. The NSI gave the Secretary of Commerce the power to review the deal on national security grounds. Starting Wednesday, he has 30 working days to make a decision, though it can be extended for another 45 working days.

Kwasi Kwarteng said: "We welcome overseas investment, but it cannot threaten the national security of the UK.

Kwarteng has also come under pressure from some Conservative MPs, including Tom Tugendhat, chairman of the Commons Foreign Affairs Committee. Tugendhat called for a review of acquisitions under the new National Security and Investment Law. He also criticized the government for lacking "a clear strategy to protect the rest of our semiconductor industry." "We need to maintain a foundation to ensure the UK's resilience within the semiconductor industry chain," he said.

According to the latest news from the British media, Zhang Xuezheng, chairman of Wingtech Technology, will soon fly to the UK in person to meet with senior officials of the British government. Toni Versluijs, CEO of Nexperia, also said: Nexperia is a Dutch company with a long European history, so there is no national security issue.

Nexperia is a Dutch semiconductor company, formerly the Standard Products Division of NXP, the Netherlands. It has more than 60 years of professional experience in the semiconductor industry and started independent operations in early 2017.

Nexperia is an Integrated Device Manufacture (IDM) with its own design, manufacturing and packaging factories. In 2018, the total production volume exceeded 100 billion, ranking first in the world, and it is strong in the field of analog semiconductors. Its products involve 5G mobile communications, smart cars, Internet of Things and other popular fields with great development potential.

In June 2019, Wingtech Group’s acquisition of Nexperia for 26.8 billion was approved by the China Securities Regulatory Commission.

In December 2019, the board of directors of Nexperia completed the re-election and corresponding changes.

Founded in 1982, Newport Wafer Fab (NWF) has many years of experience in manufacturing world-class high-end silicon devices and is a key manufacturing service provider for many important industries and markets.